eating produce: yes, you can!

It seems I am always hearing people say, they can't get their kids/family/self/great aunt marge/husband/brother/daughter to eat fruits & veggies or that they don't like them.

Have you ever seen that commercial for V8 juice that says, "Do you ever wish vegetables didn't taste so vegetable-y?"

That commercial makes my blood boil...

No! I don't wish vegetables tasted different because they taste awesome.

That said, I know not everyone likes produce and a lot of people with good intentions buy produce, which can be expensive, and it goes to waste before it is eaten.

Confession #1: I have noticed that in our family (just me and the hubster) we used to let our produce go bad a lot.
Confession #2: In fact, for the first year we were married I only even cooked with canned veggies, frozen veggies, and packets of mashed potatoes because I knew they would go bad. (DISGUSTING RIGHT?!)

Well I have found some magical tricks for putting your produce to good use.  Getting it and all of its wonderful nutrients in your belly.  They seem like common sense, but these days common sense just isn't so common.

There are two rules:

1. Plan your meals ahead of time AND make using produce your #1 priority in meal planning.

2. Prepare the produce that you want eaten first (AKA it's ripe/ready to be eaten/can't last much longer) and display it where you and other people will quickly notice it when hungry.

Bananas & Apples ready to go!
Pineapple isn't ready yet, but getting it eaten isn't my top priority, when it is, I'll cut it up and put it in the fridge. 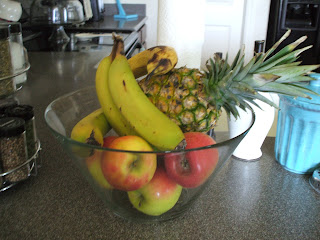 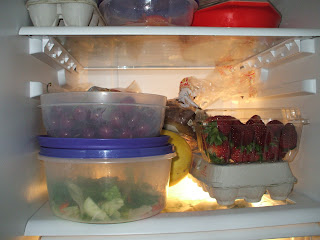 Peppers and tomatoes, they look very yummy and colorful and there's no question of what they are or if you would need to take time to ready them. 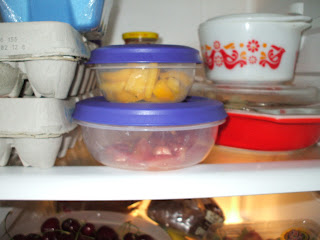 I hope you enjoyed this little rant.  I think I'll go eat some doritos now.

Just because the produce is there doesn't mean it will be chosen every time, but at least it's a quick option.
Posted by Tiffany at 1:24 PM No comments:

Rememember that thing called blogging I used to do?

Rememember that thing called blogging I used to do?

twas the night before

twas the night before my marathon and all through the house, not a creature could sleep since we have to wake up at something crazy like 3 in the flappin' morning to get me to the starting line. 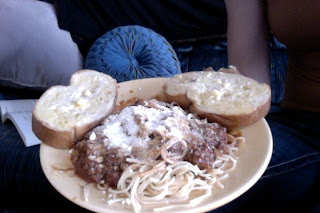 Looking at my race packet: 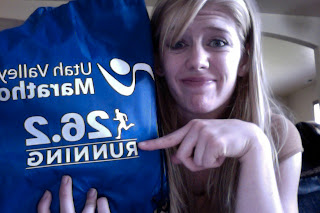 Doubting if I will really 'enjoy' the pain I have signed up for... 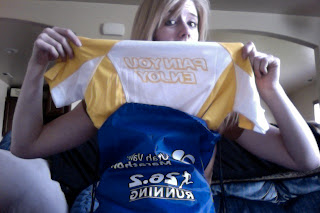 Put in any last minute suggestions for my playlist which I am compiling right now! Go!
Posted by Tiffany at 6:54 PM No comments:

Lee really hates when people say epic fail.
But I have to tell you, me + photo challenge = epic fail

The more days passed, the more I procrastinated posting, because there were too many days to make up for.  I even failed the cooking posts.

Just for a photo, here's a photo I've never posted of a project I did last year.
No, I did not make it up, yes I copied it.  Feel free to be offended.  Directions Here. 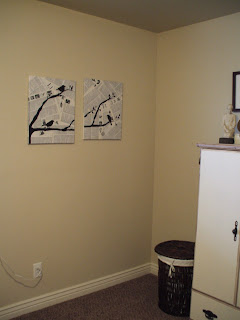 Instead of blogging I've been...
Any tid bits of advice for my marathon next week?

These are my goals: