If you are me and you have a Tuesday off what do you do with your day? Take your dog (and your hubby) on a walk and then later go see True Grit with Christmas gift cards. Don't you just love gift cards? The following photos are deceiving! The weather looked great, but it was FREEZING!
This is me trying to get Biff to pose for a photo, I guess he is just as impossible to photograph as Lee and I. 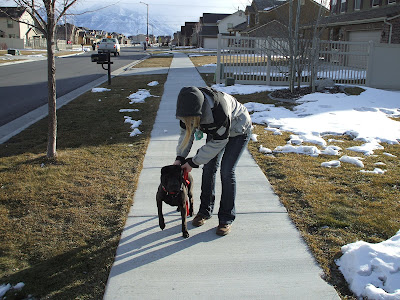 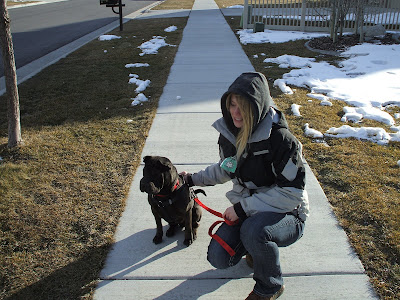 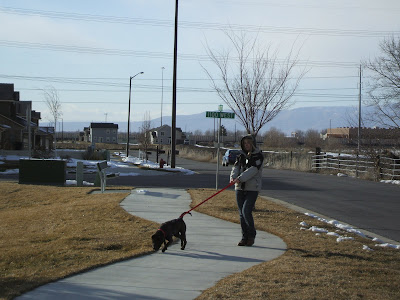 This is what we look like while walking, notice the tight leash! People in my neighborhood always say to me, "Who is walking who here?" Very clever, people like I have never heard that one before! Why don't you teach my dog to heel if it is so ding dong simple! 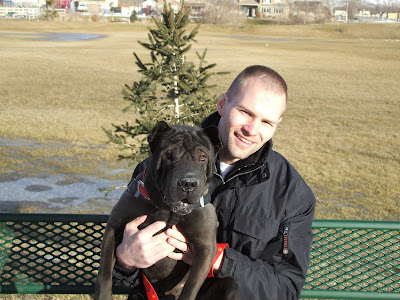 I thought this photo would be cute, Lee thought it would be cheesy, but then I got the hilarious one below and it was worth it! 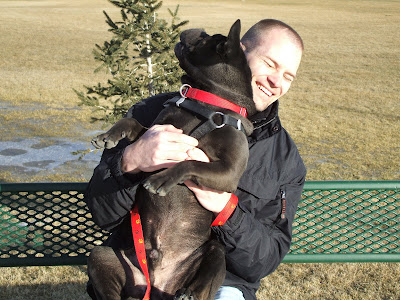 We met this horse, and Biff wanted to get up close and personal. The husby kept telling me to pull him out or the horse would smash him with his hoove. Delores the horse would never do that would she? Biff loves meeting animals. 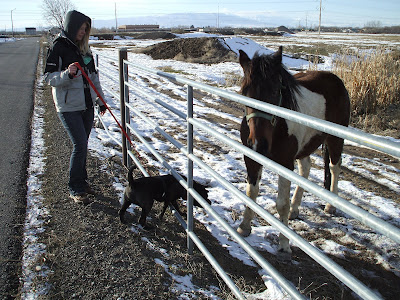 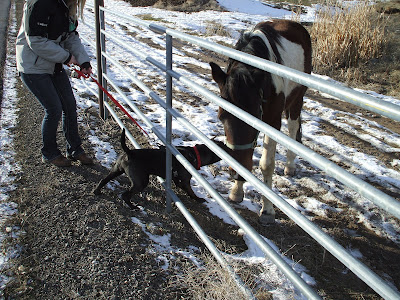 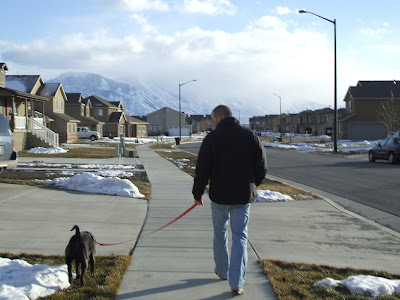 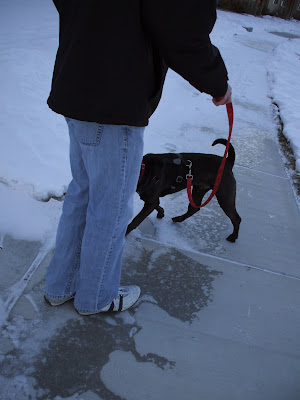 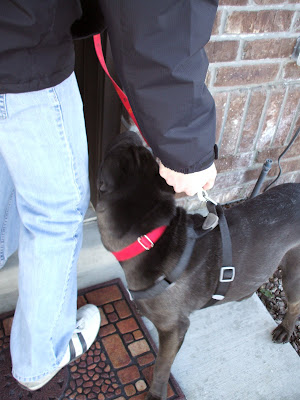 And we're home! Biff is always pooped after a walk. 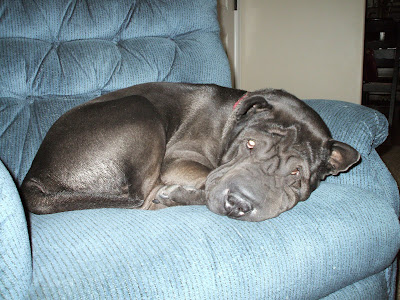 I can't believe the Biffer is three years old it seems like just yesterday Lee brought him home for me as a surprise. I had been begging Lee to get a dog for about a year before we got one. We had chosen the breed together and found a breeder, but one day I text Lee while I was at work and asked him to call the breeder about the puppies. Lee informed me that all of the shar pei puppers were spoken for which was a big disappointment. It had been hard to find the type of pup we wanted, at the best price we could find, and within driving distance. It turns out it was all a lie so that he could surprise me.

Cute!! Kudos for getting lee to go on a walk with you both! I'm lucky to get Mitch to go walking with me and the boys for more than 10 minutes. LOL.