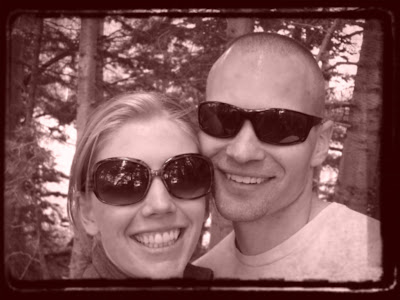 *A good trick for people who look stupid in photos like Lee and I often do, wear sunglasses then no one sees if your eyes look weird.

Every year the master and I take turns planning our anniversary celebration.
This year was my turn. 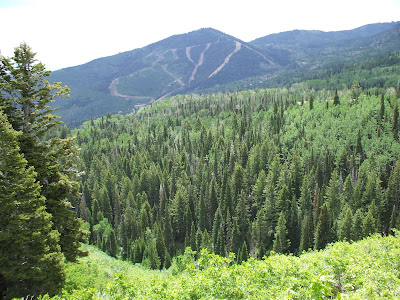 I took Lee to Park City where we went hiking at the Canyons resort. 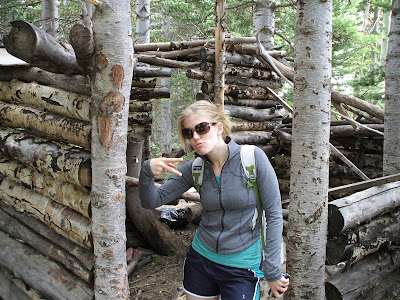 We found a weird cabin full of empty beer cans. 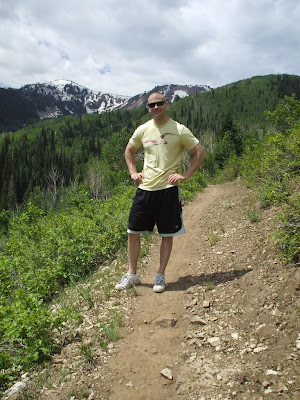 Then Lee asked me to take pictures of him to document this special day.
hmmm... not really 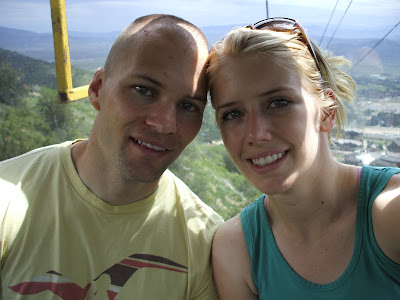 We had to ride a gondola to get to our hiking point. 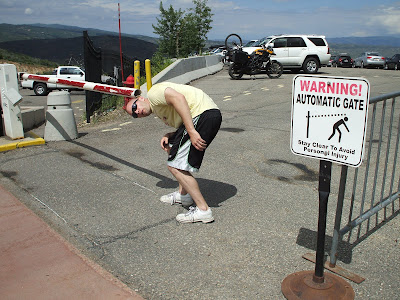 Then we took stupid pictures at the Olympic Park after we rode the zipline and the alpine slide. 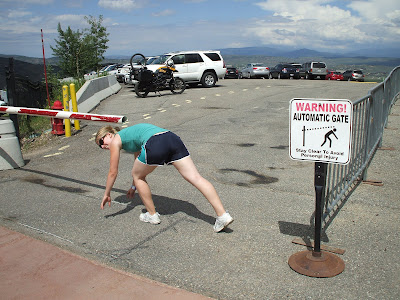 No making fun of this butt shot.

Or my shorts; if I intend to sweat like a cup of liquid during any given activity I deem it appropriate for myself to wear work out clothes. 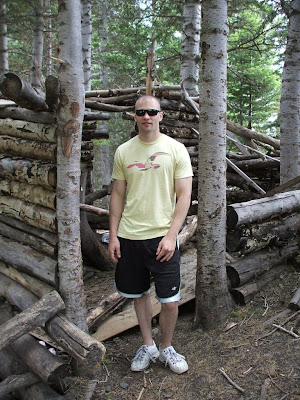 Lee begged me to take a picture of him in front of the cabin.
Not really. 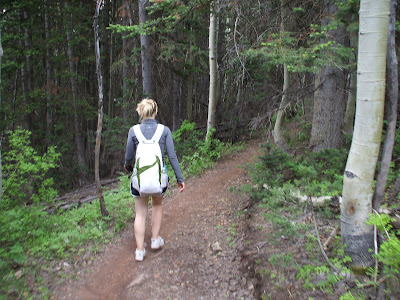 This photo should probably be featured in an art exhibit somewhere.
I will call it:
girl in forest

Other highlights of the trip included:
All in all it was a great time and I hope I get to hang out with Lee for at least 96 more years.